Issue 2: Tie-Breaker Process in City Council Elections Should Be Made Obsolete

In the case of a tie for the two highest vote totals in a city council election, all candidates tying for either first or second place should be allowed to move on to the regular (general) election. Currently, the charter only allows two candidates to move on to the general, forcing City Council to either make the deciding vote themselves to break a tie or hold a runoff election. However, the time between a primary and the general in a city council election does not allow time for a runoff election. Therefore, the language in the charter should be revised to allow the general to serve as the runoff in the case of a tie in the primary. Click here to read about my experience with the city's tie-breaker process in 2017. 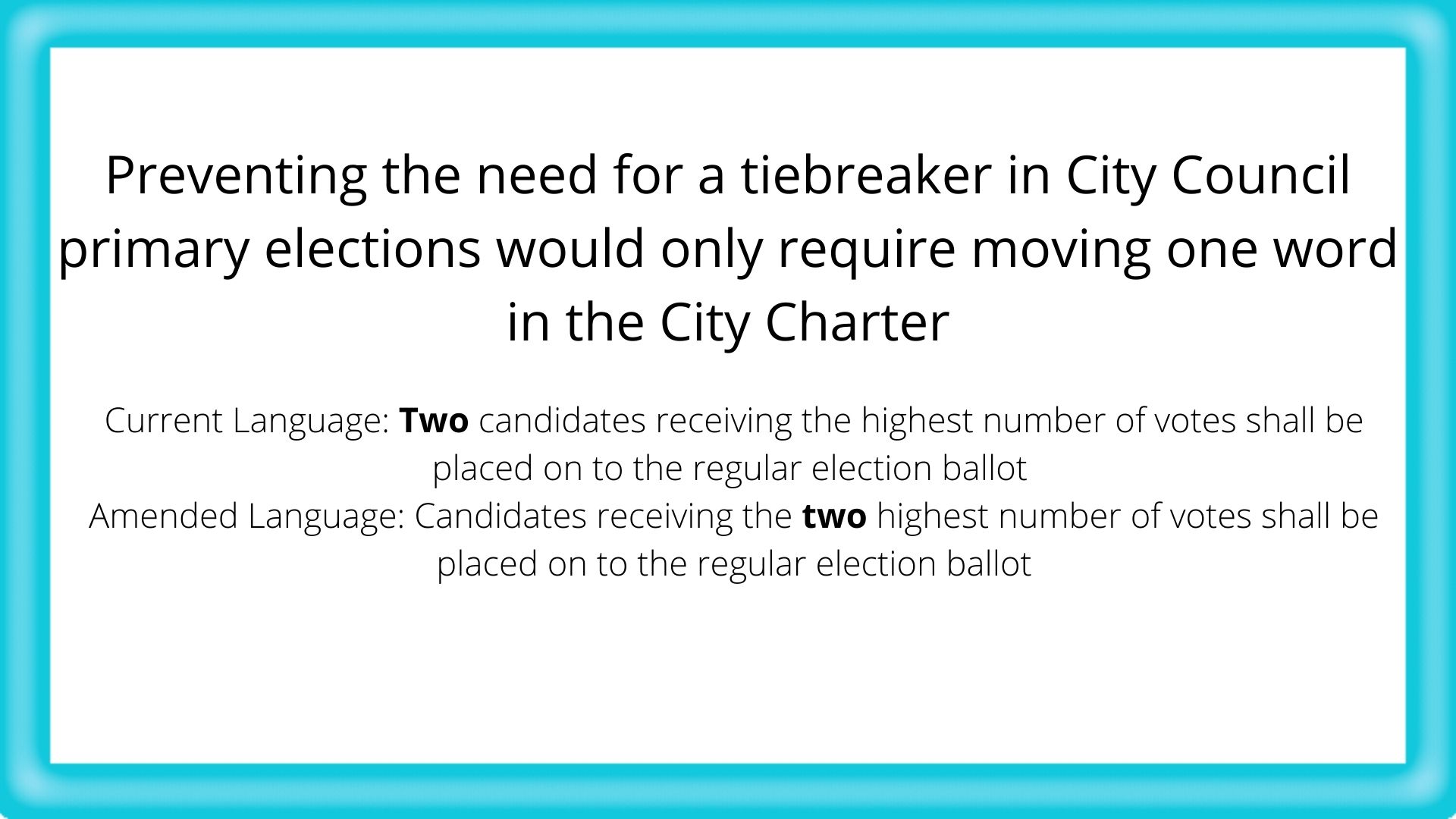 To prevent a tie in city council primary elections, voters would need to approve
two (2) amendments to the charter

Click here to read the referenced section of the charter.